Inspiration, information, and perspectives from the LeadersTrust team and our partners

Jeanne Bell: Lightning in a Bottle 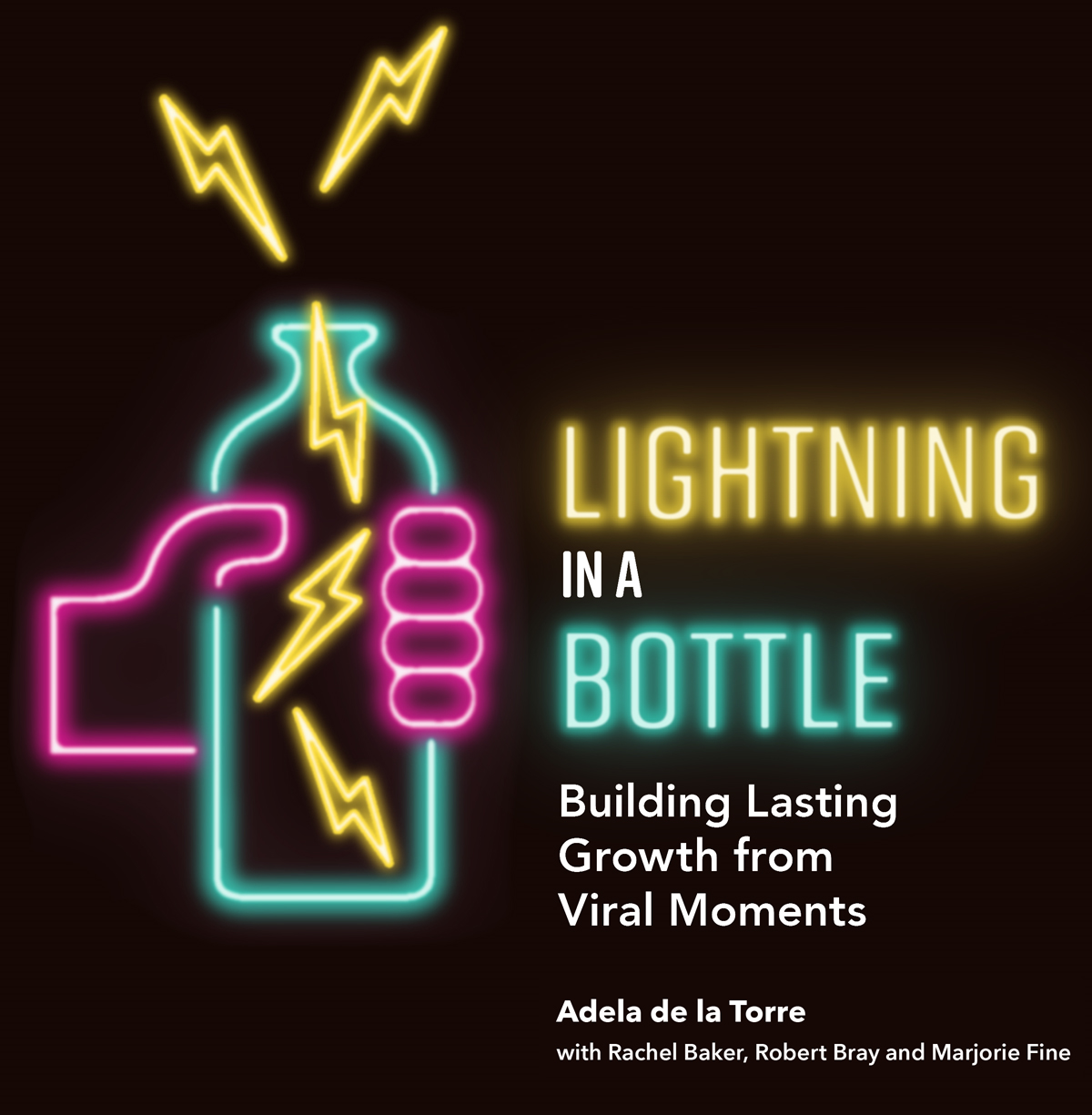 NPQ contributor Jeanne Bell covers Lightning in a Bottle, which includes case studies and practical guidance for seizing and thriving through a viral movement moment. The report’s primary author, Adela de la Torre, calls it a love letter of sorts to the often-unsung staff working behind the scenes who position organizations to capture “lightning in a bottle” and come out stronger on the other side.

This article builds on the LeadersTrust Lightning in a Bottle report, with interviews from leaders of other social justice movements experiencing similar dynamics.

“Over the course of days in 2017, the National Immigration Law Center (NILC) went from having 15,000 Twitter followers to nearly 50,000. Their email list quadrupled from 20,000 to 80,000. Soon, their individual donor base went from several hundred supporters to more than 16,000. NILC had filed the first lawsuit against Donald Trump’s Muslim ban, and they were having what a new report commissioned by the Evelyn & Walter Haas, Jr. Fund calls a “lightning in a bottle” moment. This phenomenon of viral organizational growth is increasingly common as people are activated quickly and urgently by the fast-paced news cycle reverberating over social media. It fundamentally challenges traditional, more measured strategies for base-building and donor cultivation.

Adela de la Torre, who was the communications director at NILC during that explosive surge in attention and support surrounding the Muslim ban, is the lead author of the new report. She explains that the “lightning in a bottle” metaphor is more multifaceted than it appears at first blush.

“We came up with it initially because it really did feel like this out-of-the-blue thing that happened, and we had a following and the funding to really sort of fulfill our wildest dreams.” But as she and her coauthors, consultants Rachel Baker, Robert Bray, and Marjorie Fine, dug deeper into these experiences, she says they realized the bottle was even more important than the lightning. “It’s about the cultures and practices and systems that are in place that allow you to build a bottle strong enough to withstand that lightning moment and then utilize that energy moving forward.”

The report details the growth experiences of two immigrants’ rights organizations, NILC and a grassroots group in southern California called Inland Coalition for Immigrant Justice (ICIJ). The racist, xenophobic discourse and policy that defined the Trump presidency thrust immigrants’ groups further into the limelight. The #BlackLivesMatter and #MeToo movements were, of course, also generating participation in unprecedented numbers. What this report lifts up and helps the reader consider is the nature of these viral “lightning in a bottle” moments, characterized by sudden, large-scale influxes to organizations of media attention, digital engagement, and financial support. The tireless activism, organizational, and coalition-building work that makes them possible happens over many years…and then, bam! An event or a policy shift—nearly always of violence or oppression—sets off a massive reaction.

Last year saw a confluence of such events. The health and economic disparities of the COVID-19 pandemic for Black and Brown communities and the murder of George Floyd by Minneapolis police, to name two significant concurrent forces, set off “lightning in a bottle” moments for racial justice organizations. Mireaya Medina is the data and grants manager at Imagine Black, a grassroots organization that builds political participation and leadership in Portland, Oregon’s Black community. Medina says the organization saw large influxes of energy and support around two of their 2020 campaigns, addressing COVID and policing respectively. Imagine Black, at the time called the Portland African American Leadership Forum, was part of a coalition that successfully advocated for the Oregon Cares Fund, $62,000,000 in cash grants to Black individuals, Black-owned businesses, and Black-led nonprofit organizations that experienced financial adversity due to COVID-19. And in the wake of Floyd’s murder, their “Defund. Reinvest. Protect.” campaign made a series of demands of the Portland City Council to comprehensively reimagine community safety. Now, Medina says, “we are going to be able to grow and expand with a lot of support that we haven’t had before.” This includes adding key staff positions focused on engaging even more people. “We haven’t had a person working full-time on donor development. Now we have a person that’s able to do that. We haven’t had a communications person, and now we do. We have different positions and opportunities that we haven’t had previously. So, we know that in our movement building journey, things are only going to go up from here.”

← A shared vision for building capacity for liberation Why Leadership Matters →